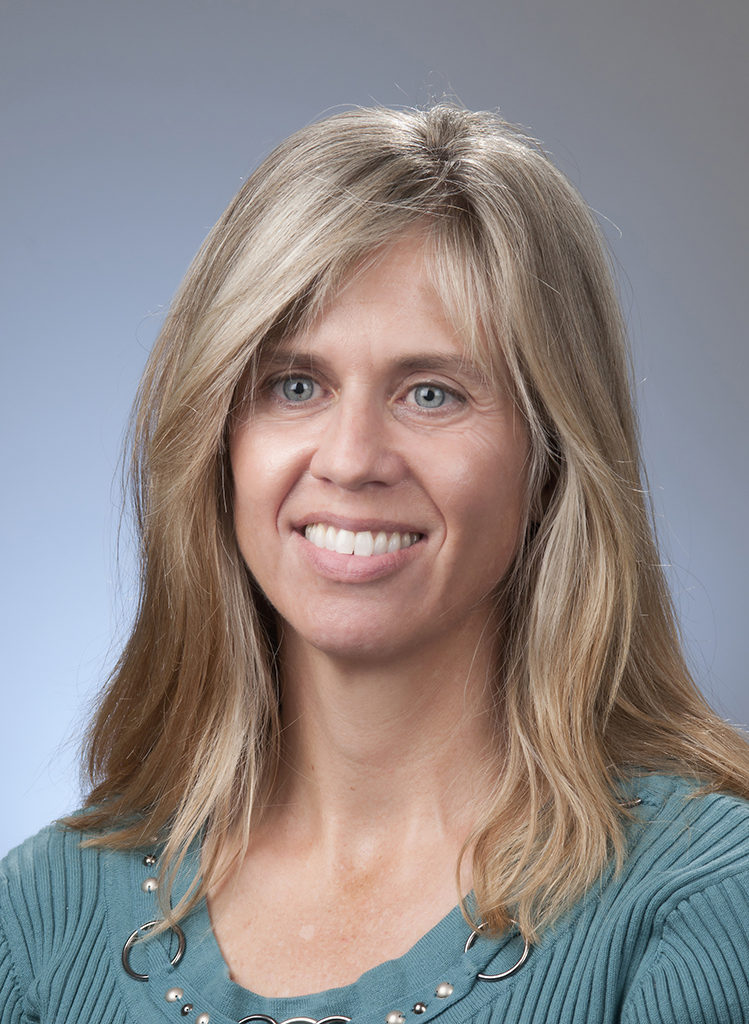 Claudia Sonder, DVM
President and Board Member
Claudia Sonder, DVM is a 1995 graduate of the UC Davis School of Veterinary Medicine. She served as the Director of the Center for Equine Health at UC Davis from 2012-2016, and worked to improve Disaster Preparedness for horse owners and veterinarians during her tenure, in collaboration with IAWTI and BARTA. Dr. Sonder is an owner at Napa Valley Equine and has practiced in the Napa Valley since 1997. She sits on several boards serving equine welfare, and has responded to multiple large scale disasters. 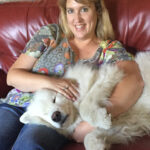 Saanen Kerson
Vice President, Secretary and Board Member
Saanen was born and raised on a farm, where her family raised dairy goats, saddle horses, donkeys, a mule, chickens, cows, pigs, llamas, sheep, and farmed with draft horses. Her family founded and has directed Vine Village since its inception in 1972 and she is currently Associate Director, Certified Administrator, and Client Care Manager of Vine Village, Inc. She attended local schools and graduated with honors from the University of California, Berkeley, where she was a member of the Cal softball team. 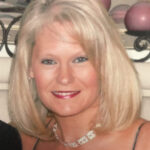 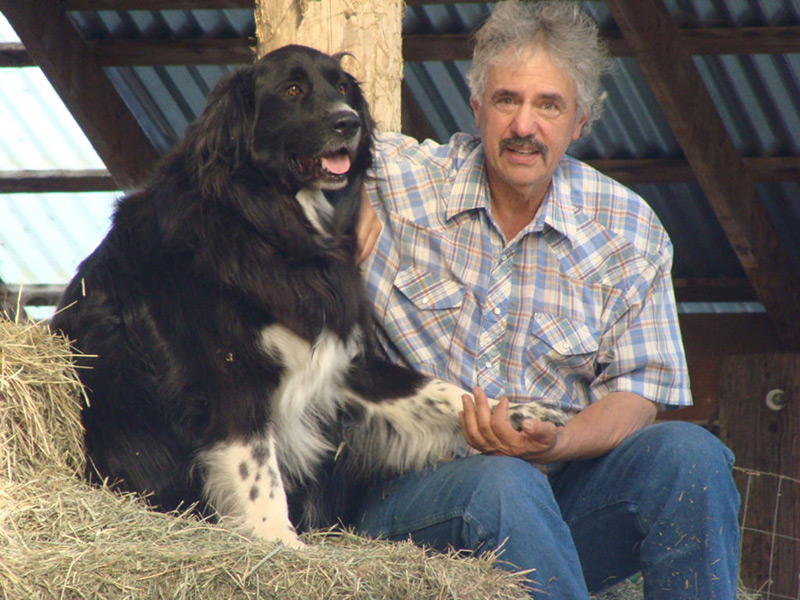 Mike Kerson
Field Operations Co-Leader
Advisory Board Member
Mike, along with his wife, Nancy, and their daughter, Saanen, has been involved with NapaCART from the beginning. He accompanied Dr. Claudia Sonder to Lake County during the devastating Valley Fire in 2015 and was very active in Napa CART’s efforts during the Wine Country Complex Fires of 2017.
In 1976, Mike purchased a team of Belgian draft horses and used them on the Kerson ranch and in parades. A Belgian/quarter horse cross foal was born at their ranch and lived there to the age of 33. In 2000, Mike adopted Ruby, a mustang filly from the BLM Wild Horse and Burro program. Mike trained Ruby and rides her and a fine mammoth donkey named Spike. Both Mike and Nancy became active BLM wild horse program volunteers, gentling and training many mustangs for adoptions. They have 5 mustangs, a mule, 2 donkeys, a dog, three cats, and a flock of chickens
Mike, as “Video Mike Productions,” has made horse, mule, and donkey training videos for 6 equine trainers, and numerous documentaries featuring equines.
He has been the Executive Director of Vine Village in Napa, a non-profit residential and day activity ranch for people with developmental disabilities for 46 years.. 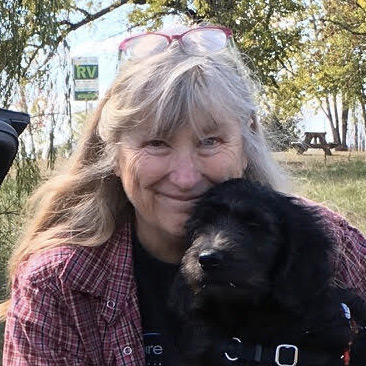 Nancy Kerson
Field Operations Co-Leader
Advisory Board Member
From early childhood, animals of all kinds have played a big role in Nancy’s life. As a child, when people asked her what she wanted to do when she grew up, the answer was simple: live in the country surrounded by animals! (It was only much later that she realized this question was actually about making money…)
After graduating from the University of New Mexico in 1970, Nancy taught school on a remote island in Alaska before marrying Michael Kerson and coming back to the “lower 48.” In 1972, the two, along with Mike’s parents and another man, founded Vine Village, Inc. a 501c3 program for people with developmental disabilities. They continue to direct the program today.
As a volunteer for the Bureau of Land Management Wild Horse & Burro Program, Nancy has been Chair of Napa Mustang Days since 2007, and has been an enthusiastic student of Horsemanship since she adopted her first Mustang, Sparky, in 2001. Nancy and Mike both have gentled and halter-trained several wild horses for the BLM adoption program, and their own personal herd now numbers 5 mustangs, a mustang mule, a BLM burro, and a mammoth saddle donkey. They also have a dog, 3 cats, and a flock of chickens.
Nancy has been active in Napa CART activities almost from the beginning. Currently she serves as Field Operations Co-Leader. 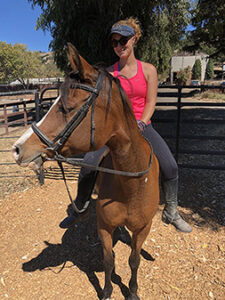 Katherine Theus
Volunteer Coordinator
Katherine has been in non-profit development for over ten years, with experience across the globe, including South America and Africa. She has worked with environmental, education, and human services organizations, in both program and development capacities, and currently works at Sonoma Ecology Center in Eldridge. She is also an experienced horsewoman, previously working with private clients in horse care and rehabilitation, and owning three, including a rescue from the Nuns Fire. Recent deployments include the Dixie Fire in Plumas County and the LNU fires in Sonoma/Napa counties. 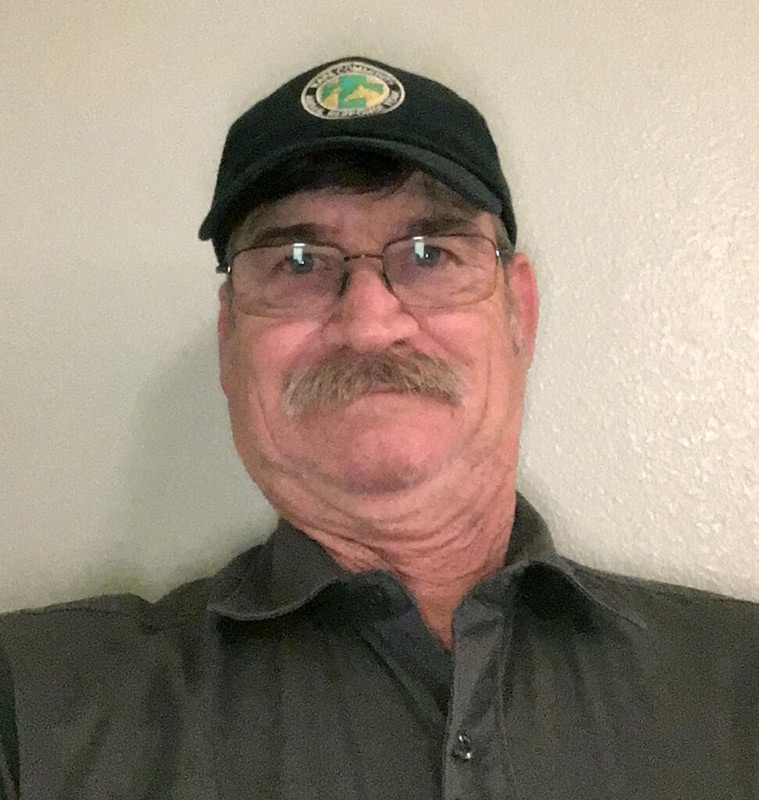 Allen Harrison
Transportation Lead
Allen Harrison graduated from high school in 1976 and joined the US Army. He spent 8 years in the army working as a mechanic. After an honorable discharge in 1984, he went to work at Davey Tree, trimming trees for PG&E. In October 1989, Allen began working at CalTrans and worked on the tree crew for 10 years, then transferred onto a road maintenance crew as an equipment operator. In 2001, he became a qualified trainer for commercial driver license, and equipment qualification. He started supervising the crew after being promoted to Lead Worker in 2014, but continues to train employees. Allen has had horses for 20 years and 2 donkeys for 8 years. 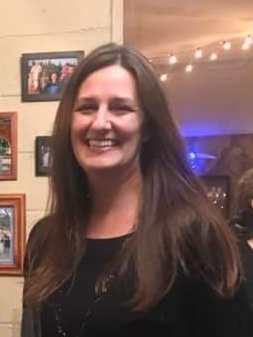 Megan Van Coutren
Operations Manager
Megan Van Coutren has lived in Napa Valley most her life. She moved to San Luis Obispo to attend college at Cal Poly. In 2004 she graduated with a B.S. in Animal Science and a minor in Equine Science.
After college, Megan worked in various positions in the equine industry, but in 2009 was introduced to Dr. Claudia Sonder and began working as a large animal veterinary assistant at her practice. In 2013, Megan became the Office Manager at the veterinary clinic.
Megan volunteered during the 2017 fires in Napa and in late 2018 she officially became part of the Napa CART team as Operations Manager.
Megan lives in Napa with her husband and their two girls and continues to manage the office at Napa Valley Equine.

Napa CART is incredibly thankful for the leadership and support of our Community Advisors. These organizations provide oversight and guidance for our planning, animal experienced volunteers, financial resources, and support the integration and utilization of the Napa CART team within Napa County’s broader disaster response plans. Napa CART would not exist without the support and leadership of Napa County and these amazing organizations.